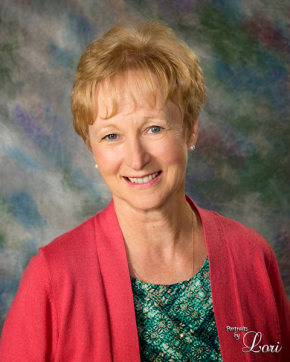 In 1988, Becky Diener Jackson was hired by White County REMC as a member service representative. And
for 33 years, Jackson has taken the words “member” and “service” to heart. Now she begins the next stage
of her life as an REMC retiree.

Casey Crabb, Carroll White REMC communications and public relations manager, noted Jackson elevated
member services to a whole new plateau. “Becky truly puts members first by connecting with them,” Crabb
said. “She takes time to get to know them and that is a gift. No matter what members need or what problem they
may have, Becky takes time to listen and find a solution.”

Raised in Reynolds, she and her family were well-known in White County. Being involved with the Diener family business and attending church, she had more than acquaintances: they were neighbors and good friends. After graduating from North White High School, Jackson attended Vincennes University for two years.

In 1988, Anita Lingenfelter told Jackson about a job opening at White County REMC. When Jackson was
interviewed for the REMC position, she had to fill out the application responses by hand. “Lydia Parrish,
who was the office manager at the time, liked my penmanship,” Jackson recalled, smiling. “We did service
orders and most of the work written by hand.

“At that time, there was a lot of cross training,” she said. “If someone was at lunch or out, we would cover for each other. We learned a lot from each other.”

At this time, the White County REMC office was located on N. Main Street in downtown Monticello. “Becky and Gayle Prather worked at the front counter on Main Street,” recalled Crabb. “There was a lot of laughter daily coming from that counter. They weren’t goofing off … they were relationship building!”

Technology was one of the biggest changes during Jackson’s REMC tenure. “The pandemic made people realize that they don’t have to come physically into the office,” Jackson said. “So many transactions can be completed online.”

As CW REMC evolves, “Transitioning to renewable energy will play a big impact,” Jackson said. “Social media is and will continue to play a strong role in communication. It is a vital part of marketing.”

Jackson’s husband, Ed, retired a little over a year ago. The couple, who lives in Monticello, hopes to spend extended time with their sons. Son Jonathan Jennings and his wife, Stefanie, live in Carlisle, located in southern Illinois. They have three children: Will, age 5; Lily, age 3; and 18-month-old Silas. Son Patrick Jennings and his wife, Maureen, live in Rochester, New York, with Jackson’s granddog, Cooper.

Among Jackson’s bucket list goals is traveling throughout the country, and maybe even beyond its borders. “Ed and I have a little camper,” Jackson said. “It’s hard to imagine that we can pick up and go camping anytime now!” Her ultimate trip would be a repeat visit to Taiwan. In 2010, she and Ed hosted a Rotary Exchange student, Steve, from Taiwan. The Jacksons visited there once but would love to see Steve and his family again. “Steve is almost like a son,” Jackson said.

As she begins her retirement, Jackson said she will miss “helping our members and being with my co-workers. Working at REMC has been an adventure, a joy.”

Hobbies — The “4 Gs”: Grandpa, Grandchildren, Gardening and “Go, Purdue!” She also enjoys most genres of music and reading.

Life philosophy — Do unto others as you would have them do unto you.